The coronavirus has called China's position as the world's manufacturing hub into question. But are the alternative production hubs really viable? 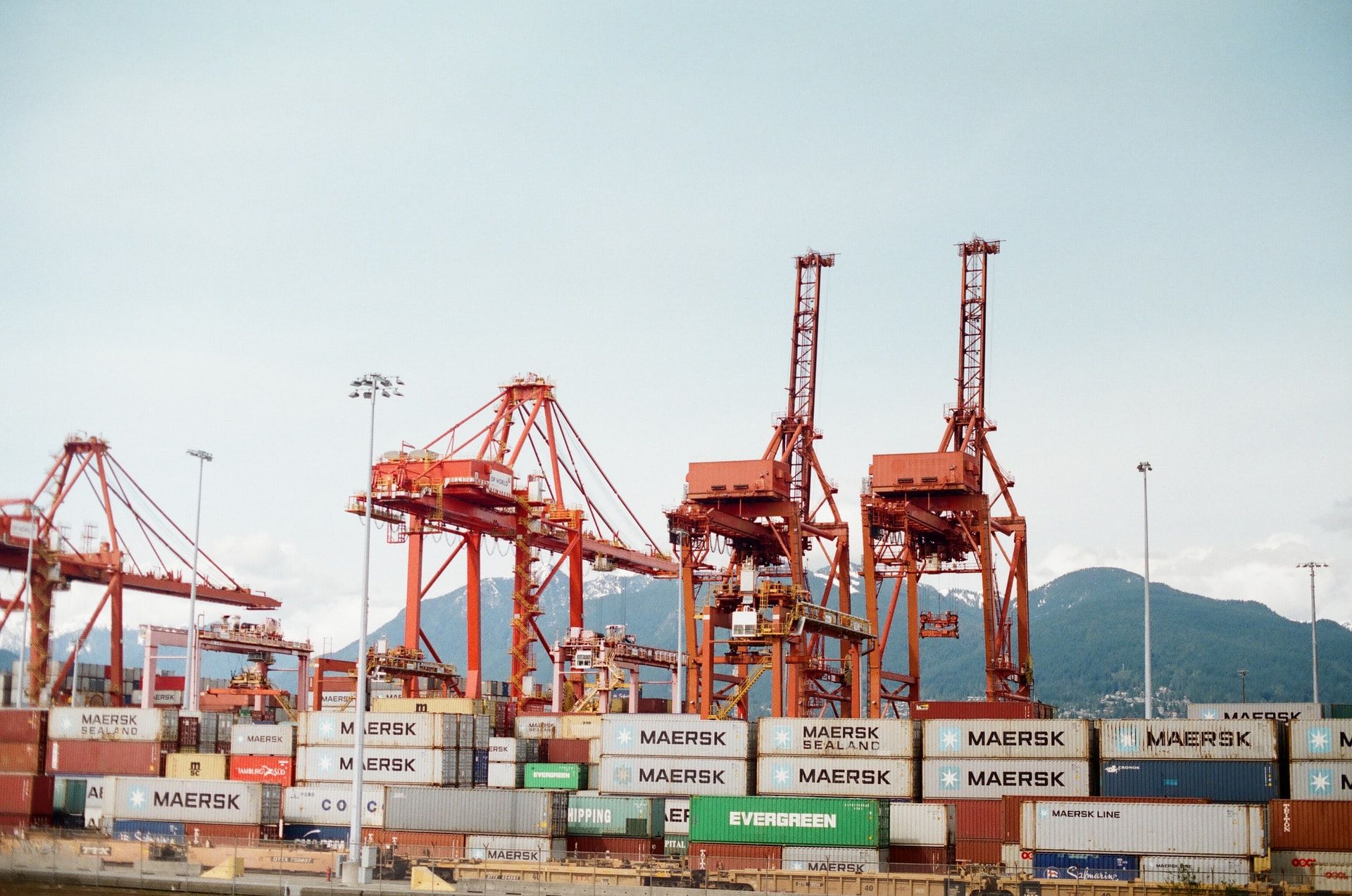 The COVID-19 pandemic has had far-reaching effects across the globe - and across industries. From airlines and entertainment to food and beverage and retail, no industry will escape unscathed from this unprecedented economic and social threat. But, the impact of coronavirus on shipping from China has also exposed just how heavily the world relies on Chinese manufacturing.

China has been the world’s leading manufacturer for nearly 30 years now, and its status on the global stage has largely been built on its ability to be an economic powerhouse. But, in the wake of the coronavirus, many are saying that “There is no way it can be the low-cost, world manufacturer anymore.”

That begs the question of exactly what alternatives there are. And, are they even realistic given how tightly Chinese manufacturing has been woven into the fabric of the modern world economy? The reality is that with China so completely integrated into global manufacturing and supply, it’s unlikely that there will be a complete decoupling. Instead, the question we should be asking is, is it possible to find manufacturing hubs that can supplement Chinese production?

How COVID-19 Affected Shipping from China

There’s been plenty of talk recently about how the coronavirus is impacting shipping from China and causing plenty of China shipping delays in 2020. The complete shutdown of Chinese factories in February meant that the demand for freight capacity out of China dropped drastically.

There was a 25% increase in blank sailings out of China which led to a reduction in spot rates in container shipping and 3.7% unemployment in sea freight capacity. Maersk, a major player in the container shipping game, canceled more than 50 sailings in the wake of the virus outbreak and predicted a 5% drop in estimated earnings.

At the same time, with many airlines cutting passenger routes to China by up to 90% - including Singapore Airlines, Qantas, British Airways - there was a corresponding drop in air cargo capacity of nearly 39% on the previous year. However, now that the coronavirus in China seems to have been brought under control and factories are beginning to start up again, there’s been an increase in Chinese manufacturing. But, without a corresponding increase in belly capacity, air freight rates have spiked by a massive 27%.

Of course, that doesn’t mean shipping from China has completely shut down. Easyship still offers access to courier solutions out of China. You can use our shipping rates calculator to check what services are available and what our costs are compared to other direct courier services. In addition, since trucking to Hong Kong is currently operating at about 70%-80% capacity, you could ship your goods to Hong Kong by truck and use our local warehouses and courier services to make sure your goods get where they need to go.

For years, Chinese manufacturing has been the lifeblood of companies around the world. From fashion brands and tech companies to car manufacturers and pharmaceutical producers, almost every company that produces consumer goods has turned to China for supplies and manufacturing. Of course, the big draw was access to a massive workforce at low cost, supplemented by good global supply links that ensured easy shipping from China.

While the coronavirus has put the overreliance on Chinese manufacturing into rather stark perspective (and caused significant China shipping delays), it was already becoming clear that there was growing concern about whether continuing to use China as the world’s production center was realistic. China’s increasing wages and tighter environmental regulations meant many companies that relied on the country’s manufacturing capabilities were already looking for viable alternatives.

Then you have President Trump, whose ascension to the Oval Office kicked off a bitter trade war between the US and China. While the “phase one” trade deal that resulted from this is a positive, many are concerned that the phase two deal will fail in the post-coronavirus world. Because of the tariffs imposed by the US on Chinese goods, US imports from China fell by 16% in 2019; but overall, imports only dropped by 1.7% over the same time, which means companies were getting their products manufactured somewhere else.

The coronavirus impact has only exacerbated any fears and driven more companies to consider alternative manufacturing hubs once we’ve emerged from the shadow of the pandemic. Supply chains have been a huge concern amid the pandemic. With China’s factories in full shutdown and many airlines drastically slashing passenger routes to China, shipping from China in 2020 was greatly reduced compared to previous years.

Shipping companies began running blank (read: canceled) sailings and there was limited air cargo capacity. Apple warned that it was unable to get essential components for its iPhones, while British car-manufacturer Jaguar resorted to flying China-made car parts in suitcases to keep its UK operations going. (Side note: if you’re wondering how to maintain your supply chains in this coronavirus craziness, here’s how to do it).

So What Are the Alternatives?

To put it simply, yes, there are alternatives to Chinese manufacturing. Plenty of companies that were already using these alternative hubs long before the coronavirus dominated the daily news cycles. In particular, American companies have turned to Cambodia and Vietnam. The US imported 28% and 26% more goods respectively from these two countries in 2019.

Vietnam is popular for the automotive and aerospace industries, as well as electronic manufacturing systems. Like China, it has a good supply chain and industrial experience, but its workforce is more eager to learn and will work for lower wages. Plus, it’s not involved in any trade war so - at least for the US - doesn’t present a tariff problem. Coupled with a favorable tax system, an increasingly sophisticated infrastructure, and an abundance of raw materials like rubber, it’s an appealing manufacturing hub.

Plus, Mexico is more than ready to manufacture more complex items. The country is ranked eighth in the world for engineering degrees and already produces airplane engines and micro-semiconductors for companies like General Electric, Boeing, and Kia. Additionally, thanks to NAFTA (and eventually, the USMCA), Mexico can offer fast, free trade of trucks, cars, and electronics to the US.

In Asia, it’s all about the “Mighty Five.” That’s the catchy name given to the five most popular alternative manufacturing hubs - Malaysia, India, Vietnam, Thailand, and Indonesia.

Malaysia is wooing manufacturing contracts with a good economy, and open trade and investment. The country is also well-placed geographically, offering good trade links to the rest of the world, has a good infrastructure of ports that could help the country rival shipping from China, and a skilled workforce.

Thailand ranks well for ease of doing business, and its infrastructure quality is similar to China’s, especially for supporting international trade. It also plans to upgrade its infrastructure and attract more Chinese manufacturers as part of the Belt and Road Initiative.

Communication is a big draw for companies looking at manufacturing in India. Since English is one of the country’s official languages, foreigners find it easier to do business there. And, like China, it also has a massive workforce and low wages.

Are These Alternatives Realistic?

While it’s certainly a good alternative, Mexico has a safety issue which keeps foreign companies from investing in the country. Kidnappings, drug cartels, and personal protection scams are all serious issues that deter foreign investment and manufacturing in the country.

On the other side of the world, Vietnam produces only a fraction of what China’s capable of; it also has a production workforce of 55 million compared to China’s 800 million. The country’s infrastructure is also not as developed as China’s. Shanghai deals with 40 million containers a year; Saigon Port (Vietnam’s largest) only manages 6.15 million. Additionally, border compliance takes double the time here that it does in China, and there’s a risk of frequent worker strikes.

In Malaysia, political instability can be a deterrent to foreign investors. And, since the country’s minimum wage is double China’s, labor costs are far more expensive, too.

Conversely, India’s main issue is a lack of good infrastructure. It ranks lower than China on several factors including customs, logistics competence, tracking, and timeliness. A decentralized government system also complicates doing business, and bad worker conditions are a serious consideration for companies who don’t want to deal with a PR disaster.

Like anything else, all manufacturing hubs come with a long list of pros and cons. Until now, China’s had the upper hand, with its advantages far outweighing its disadvantages; that, of course, seems to be changing and could lead to many businesses choosing to begin manufacturing in these alternative hubs. However, for companies already manufacturing in China, moving operations to another country comes with a series of challenges.

So is China Still Viable?

The reality is that with so many companies already so tightly linked to China and its factories, it’s going to be difficult to completely decouple. Indeed, there’s evidence that these alternative manufacturing hubs are being used to supplement Chinese manufacturing instead of replacing it. Because of its sheer size, stable environment, and well-developed infrastructure, it’s unlikely that China post-coronavirus will simply cease to become a top choice for global manufacturing, despite the issues that were exposed with the spread of the coronavirus in China.