Girl Power: How Easyship is Leading the Charge for Women in Tech

To celebrate International Women's Day, we're talking about women in the tech world and introducing you to some of Easyship's leading ladies. 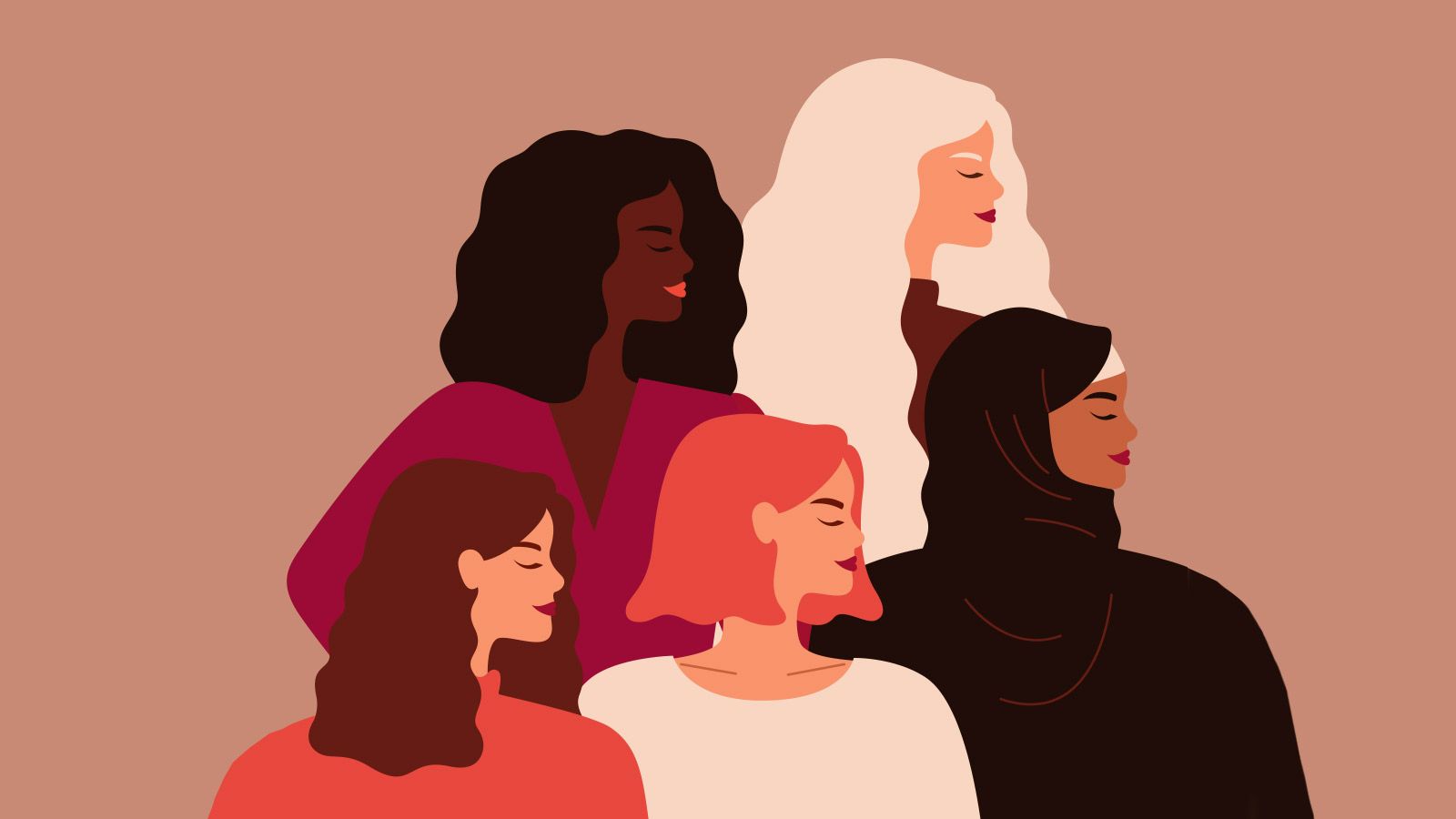 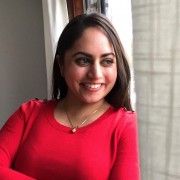 Recently, we’ve been hearing a lot about women breaking glass ceilings, “leaning in,” and closing the gender pay gap. But, how much is actually being achieved? Certainly, we’re seeing a lot more women in the workforce (even in the tech industry) and more females in top positions. There’s still work to do, though. 62% of managerial positions are held by men (compared to women, who only have 38% of these), while the number of women in C-Suite positions rose only slightly from 17% in 2015 to 21% in 2019.

Easyship prides itself on being a company where gender doesn’t play a role in hiring decisions (seriously, this past year we've hired more women than men!) or stop you from reaching higher-level positions. This is especially important in the world of technology.

“It’s never been easier to create gender diversity and empower women when hiring,” says Easyship’s Human Resources Manager, Komal Singh. “At Easyship, we make sure that we hire the right candidate based on their core skills. Empowering women in the workplace is a continuous process at Easyship and as a result, 45% of our company is made up of women across all our offices.”

It may be evolving slowly, but the technology industry is still largely a man’s world. Only 25% of computing roles are held by women; they also own just 5% of tech startups. It’s surprising, really, when you consider that having female employees can be hugely beneficial. In fact, Fortune 500 companies with at least three female directors saw at least:

The Women of Easyship

We’ve got some pretty amazing girls at Easyship. From bright young things who went from interns to employees to experienced hires who rose to team leaders and directors, they handle everything from content and marketing to tech development and data - and they’re all an integral part of the team. Let us introduce you to five ladies who joined the Easyship team over the last year.

What were you doing before Easyship?
I worked in the fashion industry for about 10 years before making the jump into tech. I’ve also been in sales for about five years now.

Why did you want to join Easyship?
My career in fashion became really stagnant and I needed a change. I saw the job posting and thought this seemed like a place I could challenge myself at and grow.

Can you name a woman who inspires you and why?
My mom is a huge inspiration. She came to this country at a young age and worked super hard. She really ingrained that ethos in me - always work hard and put your best foot forward, and never get too comfortable!

What's the best and worst part of being a female in tech?
The best part is being able to work in this field, really getting to know the product, and selling it like a boss! I think the downfall is that there aren’t a lot of women in tech and they aren’t promoted to higher positions as quickly as men are.

What advice can you give to girls who want to follow in your footsteps?
Don’t take any $*%&! Always stand up for your beliefs and don’t be scared to push yourself out of your comfort zone. Be proud of all the work you put out!

How do you feel Easyship is empowering women?
The ratio of men to women in the office is definitely something out of a fairytale and unknown in the tech world. It's nice to see that we are a majority!

Where were you before Easyship?
I majored in marketing at university and did a few internships before joining Easyship.

Why did you want to join Easyship?
I love the company’s cultural diversity and fun working environment!

Who inspires you?
Carrie Fisher. I never watched “Star Wars,” but she was a real champion for animal rights. She fought to end the Yulin Dog Meat Festival, which I really admired.

What's the best and worst part of being a female in tech?
The best part is you’re a little bit special. The worst is when sometimes people underestimate you.

What advice can you give to girls who want to follow in your footsteps?
Don’t be afraid of challenges. Nothing’s really that hard - it just takes time and effort.

What’s your career background?
I graduated from the Savannah College of Art and Design with a B.F.A. in Graphic Design and a minor in Photography. After finishing my degree, I began working as a visual designer for Sears in Chicago, IL., where I designed desktop and mobile experiences for their website. After a few years in Chicago, I moved to New York City. I brought my Sears job with me and continued working remotely for a year and a half. Recently, I wanted to get back into an office and work on expanding a new brand.

What made you join Easyship?
Easyship is such an exciting company! The team here is made up of kind, hardworking humans working towards one shared goal. Working at a startup is something new and exciting for me. There is lots of responsibility and the work is constantly evolving. As a designer, getting to work on a huge range of projects is the dream!

Who’s your female role model?
There are so many! I'm honestly very lucky to be surrounded by so many strong women in my life. My mom has always been my biggest inspiration when it comes to being a woman. She is an artist who makes incredible work, while also sharing her knowledge with others as a professor of fine art. She does all this and so much more with grace, kindness, and joy. She is my forever inspiration. In the design industry, I look up to Jessica Walsh (Designer Boss) and Jessica Hische (Lettering Artist) as two of my favorite designers.

What are the good and bad parts about being in the tech world?
I think it's a really exciting time to be part of the tech industry! There’s a lot of change happening in our world and our industry with women becoming more involved. We have come far, but we still have a long way to go.

Any advice for ambitious young girls?
Do it! Set goals and work hard! Don't allow anyone to make you feel unworthy. Your work is valuable and should not be treated as less than anyone else's work based on your gender, color or race. Set expectations and find a company that respects them!

How is Easyship closing the gender gap?
By hiring us and putting us in leadership positions! I was overjoyed to see how many women work at Easyship. It's clear that the company doesn't discriminate based on gender, color, race or age - and that's a beautiful thing.

Describe your career before Easyship.
I’ve always been involved with digital marketing at an international level.

What made you want to join the company?
I thought it was an interesting mid-size company with great growth opportunities.

Who’s a woman you look up to?
My mom. She went through so many career changes to remain intellectually challenged and emotionally happy.

What's the best and worst part of being a female in tech?
The best part is that people are curious about it. People tend to associate women with certain industries and specific roles, so it’s empowering to arouse curiosity. The worst part is perhaps the social aspect of it. Like women, men have certain communication codes and styles and in the tech industry, this is even more apparent. Communication can sometimes be a little bit challenging.

Any advice for girls who want to get ahead?
Don't be too realistic, you should be able to dream big! And read 30 minutes a day -  it is very important to learn something new every day.

What’s Easyship approach to gender?
Everyone has a voice, which I think is great. At Easyship, people don't really focus on age, gender or background. They just want employees that want to grow and feel empowered.

Name: Michelle Law‌
‌Role: Business Development Associate‌
‌At Easyship Since: August 2019‌
‌‌
‌What’s your background?‌
‌I joined Easyship last year, straight out of university.‌
‌‌
‌What made you choose a start-up?‌
‌I did an internship at a startup company in Bangkok and since then, had been looking for a full-time job at a tech startup.‌
‌‌
‌What advice can you offer? ‌
‌If this is what you’re looking for, just go after it confidently.‌
‌‌
‌Do you feel that Easyship empowers women?‌
‌Yes. Everyone is treated fairly, regardless of their gender or background.

What did you do before Easyship?
I’m fresh out of university!

Why did you decide to join the company?
I wanted to work in a company where I could gain international exposure and develop an innovative mindset.

What advice can you offer young women?
Always be prepared to snap up every opportunity that comes your way.

Is Easyship big on gender equality?
Easyship treats everyone fairly regardless of gender or race. We all have the same opportunities.

Here at Easyship, we believe the future is female!

By empowering women in logistics, our leaders have made it our mission to bring more female voices into the fold, we’ve made it a priority to ensure that women are heard and valued equally. Though there is still admittedly work to be done, Easyship is proud to keep female empowerment at the forefront of the logistics industry and will continue to fight for progress in the years ahead!

Your Guide to the BigCommerce Shipping Shutdown

Kickstarter 101: How to Create a Killer Campaign