Eone Watches: Time For Everyone

Eone makes beautiful watches that anyone can use, including the blind. Read here about this smash eCommerce success and it's rise to popularity. 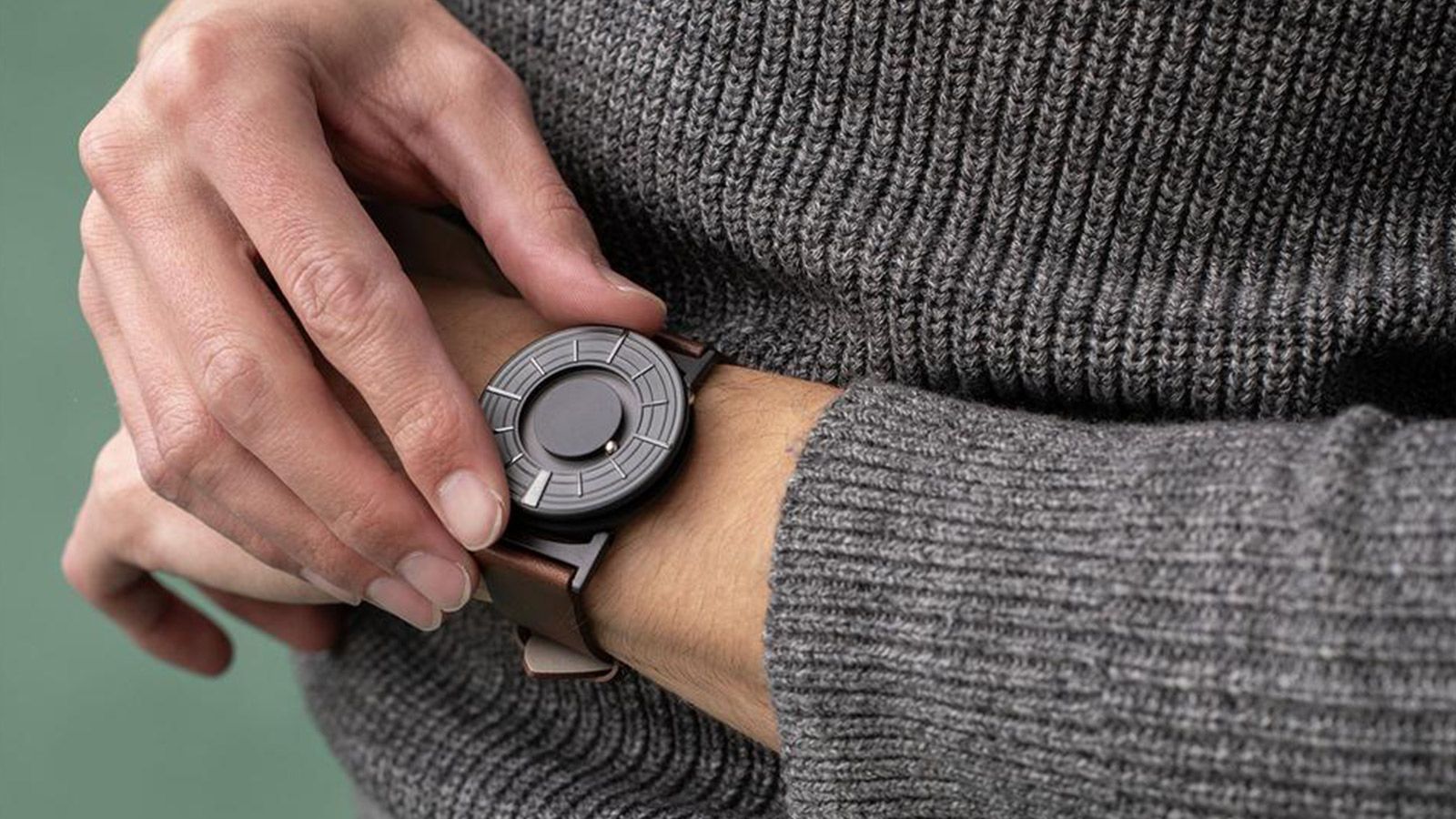 Eone is a watch company built on the idea that time belongs to everyone. This is why the company’s award-winning timepieces can be read by all people – even the blind.

The raised hour markers on Eone watches allow the wearer to tell time without sight. Simply brush your fingers over the markers on the watch face to find the ball bearing. Like the hands of clock, the magnetized ball bearing rotates around the clock face, powered by its magnetic counterpart inside the watch.

Eone hopes its stylish and conscientious designs help to raise awareness about the importance of inclusivity instead of exclusivity in the world. Even the name Eone – short for “everyone” – aims to promote inclusiveness through a focus on innovation.

Eone is the bright idea of Eone CEO, Hyunsoo Kim. As an MIT graduate student, Kim befriended a blind classmate, who would occasionally poke Kim to ask for the time.

Sore ribs led to a lightbulb moment: after all the technological advances of the 21st century, why was there no timepiece for the blind? It was an oversight that Kim set out to correct immediately.

Eone began in Washington, D.C, and was aided by Tim Fleschner and Nick Gu. In 2012, the trio launched a Kickstarter for their flagship watch, the Bradley. The crowdfunding campaign was an overnight success, smashing its crowdfunding goal by 15X multiplier.

After raising over $500,000 from almost 4,000 backers, the company gained the support of big-name investors like Marc Benioff of Salesforce and Paul Polman, former CEO of Unilever. The support of these two angel backers brought in another $1 million in seed funding.

Today, Eone is a popular online retailer for discerning watch enthusiasts the world over, blind and otherwise. The company has received numerous design awards and been featured in its own TED talk.

The Bradley Watch From Eone

Eone’s flagship product is The Bradley. The watch is named after former naval officer Bradley Snyder, who was blinded while defusing bombs in Afghanistan. Despite his newly impaired vision, Snyder thrived. As a competitor in the 2012 and 2016 Paralympic Games, he shattered a world record in swimming, and took home gold and silver medals.

The Bradley Snyder story highlights a key design element of Eone watches. Namely, that The Bradley is the first and only watch that can be read by all blind people. In other words, it’s not just another braille watch. It's the world's first fully inclusive timepiece.

As Kim discovered during the product design phase, only 10-20% of blind people can read braille. In most cases, only people who are born blind develop the ability to read braille. This meant that people who became blind later in life, like Bradley Snyder, would be out of luck.

Kim was forced to reimagine the design without a braille face. He eventually landed on magnet-powered markers that were spaced to move like the hands of a typical watch. This drastically changed the design, but ultimately would prove most helpful to all customers.

This key product innovation is essential the function of Eone watches, but also to their beauty. After all, both sighted and blind people want their accessories to look as good as they work.

With Easyship, Eone ships worldwide without sacrificing its bottom line. As the company segued from Kickstarter into eCommerce, one thing was obvious: shipping costs had to come down. To overcome the cost barriers of full-scale international shipping, Eone got in touch with Easyship.

First, our team of global shipping experts consulted with Eone about their needs and goals. The fastest way for Eone to save on shipping was to branch out from a single courier to using multiple courier companies. This way, Eone could get the most affordable shipping option in the destination region.

Within Eayship’s all-in-one shipping dashboard, Eone could compare all available rates from couriers in their target region in seconds. From here it was easy to choose the solution that fit their customers and their budget.

The next recommendation was that Eone stop shipping inventory from its home office in Washington, D.C. Instead, it would be more more economical to store inventory in warehouses in their target markets, then coordinate last mile delivery from there. This would cut import costs, save on delivery, and accelerate delivery speeds to boost customer satisfaction.

Easyship helped Eone to plug into our trusted network of global warehousing and third-party logistics providers. Overnight, the company found the flexible merchant solutions it needed. Within six months with Easyship, Eone’s savings on shipping led to a $34,000 rise in revenue.

To read more about how Easyship helped Eone, check out the full case study. Easyship gives you instant access to discounted rates up to 70% off retail, plus shipping automation and a global logistics network that enabled success for Eone. You can create a free Easyship account here.