Does it make sense to join a crowdfunding incubator?

Does It Make Sense To Join A Crowdfunding Incubator? Fundraising on platforms like Indiegogo and Kickstarter can be extremely difficult, and the chances of reaching your goal are greatly increased with the help of an incubator program. One of the biggest advantages of an incubator is that they offer a variety of resources to help startups launch successful crowdfunding campaigns. A successful campaign gives startups the cash they need to bring their product to market and solidify consumer inter 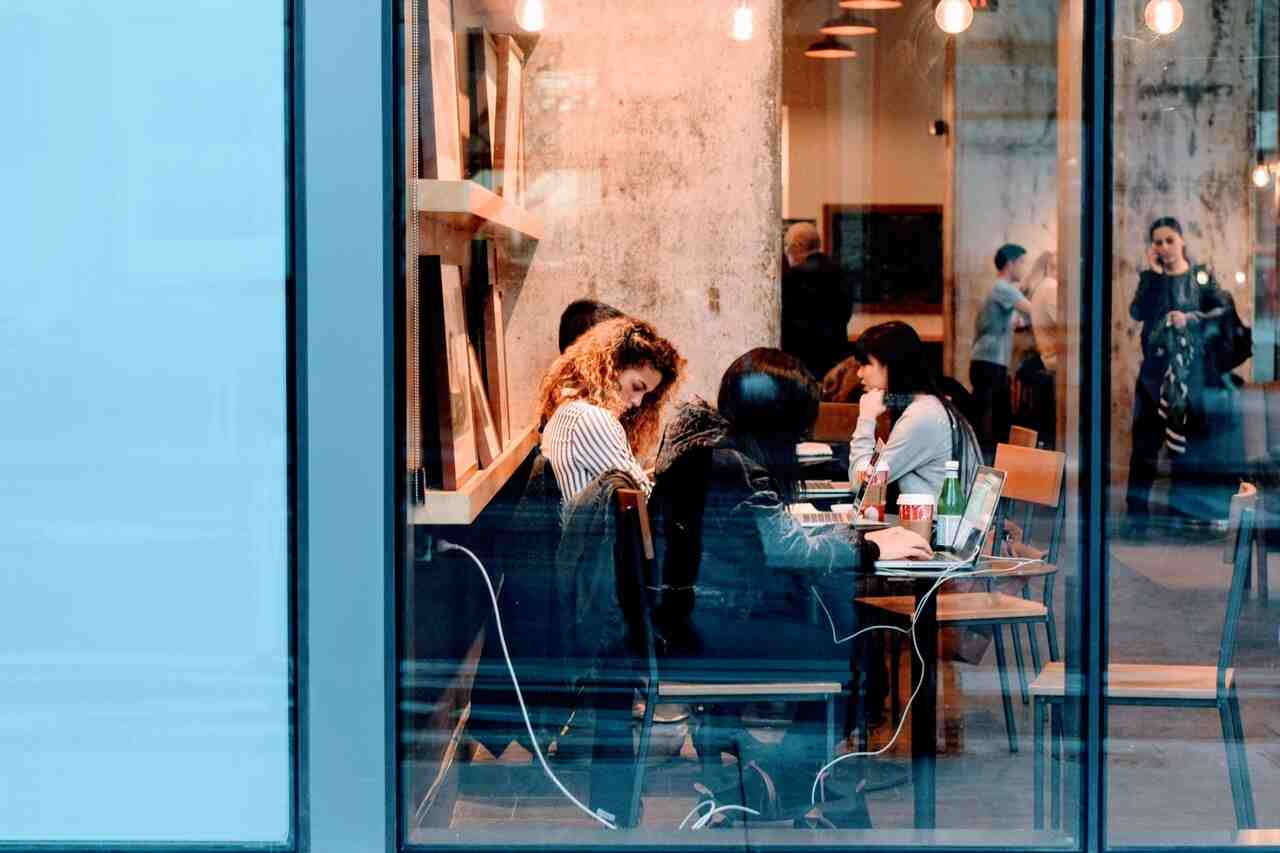 Does It Make Sense To Join A Crowdfunding Incubator?

Fundraising on platforms like Indiegogo and Kickstarter can be extremely difficult, and the chances of reaching your goal are greatly increased with the help of an incubator program. One of the biggest advantages of an incubator is that they offer a variety of resources to help startups launch successful crowdfunding campaigns.

A successful campaign gives startups the cash they need to bring their product to market and solidify consumer interest. Furthermore, having a successful crowdfunding campaign does more than just provide the startup with the necessary funding to move forward -- it lays the groundwork for a fruitful future. Campaigns that achieve their funding goal are more likely to attract potential investors, receive more press, and get more customers and word-of-mouth sales.

Each incubator has its own set of procedures and methods for helping startups with their campaigns, but generally, most incubators tend to follow the same structure. Most programs take a percent of equity in the company (usually anywhere from 2 to 10 percent) in exchange for its program and services, and in many cases, provides an initial monetary investment.

This gives startups the capital they need to build a great campaign (hiring videographers, graphic artists, PR professionals, purchasing rewards, etc.) and move forward. There are many popular incubators around the world, but here are just some of the most notable around:

Brinc: This Hong Kong-based incubator is a hands-on program that focuses on hardware startups and gives them access to resources with a proven approach that de-risks. Brinc aims to give startups get the best of both worlds: manufacturing in China, access to global markets, all while having a team based in Hong Kong.

The company looks for each founder and team on a case-by-case basis and the application process typically takes four weeks. It begins with a review of the business model and market potential, and ends with a thorough evaluation of the product and team. There are a few favorable characteristics they seek: teams tend to have two co-founders and have an open mind. Brinc also actively seeks great startups in the pre-crowdfunding stage who have a functional prototype. If chosen, Brinc offers $25,000 and its services for 10% equity.

“Moving from Europe to Asia put our company on steroids,” said Florian Simmendinger, CEO and co-founder of Soundbrenner. “It can take hardware startups in Europe three or more years from idea to production. We were able to cut this time in half as what would have taken months in our home town of Berlin now takes only days in China.”

SparkLabs: South Korea-based SparkLabs actively seeks new talent and wants to help them develop, grow, network, and scale into markets around the world. They seek innovative and disruptive business models and driven teams that can articulate their vision.

Squirrel, a company that took part in the SparkLabs program, is a budgeting app that allows users to set a monthly budget and get weekly and customized reports based on spending happens. The startup delivered a winning pitch at Wired Magazine’s annual conference in 2014.

Mutaz Qubbaj, cofounder and CEO of Squirrel, speaks fondly of his incubator experience. “Suffice it to say that SparkLabs has played a significant role in the Squirrel story!” he exclaims. “Heck, they were even involved before we became known as Squirrel! SparkLabs has taken on the role of investor, mentor, facilitator, talent source, sounding board and all-round supporter of everything Squirrel as of day 1.”

HAX: HAX has locations in China and San Francisco and focuses on hardware companies and helping them reach millions reliably. They focus on teams with hardware prototypes and bring in 15 startups per class. HAX takes a no-fail approach to startups, offering a global footprint and end to end support to each team that joins.

The program runs twice a year and selected applicants relocate to the company’s China location for 111 days. During this time, they’ll finalize prototypes and scale their businesses. Each week, each team meets with advisors that offer valuable advice on everything from crowdfunding campaigns to manufacturing and distribution. The program ends with a Demo Day in San Francisco. HAX offers three different tiers of funding: $25,000 per company for 6%, $100,000 for 9%, or up to $200,000 extra in matching funds. In addition to seed capital, HAX provides many other perks, such as a fully-equipped workspace, events, mentors, and investor introductions.

How To Decide Which Incubator To Apply To

The incubator you choose isn’t just a program you show up to on a daily basis. It’s a partnership. For this reason, it’s important to do your research. Different incubators have different areas of expertise and interests. Find the one that matches your company most accurately, and understand what each brings to the table. AngelPad, for example, has expressed deep interest in B2B companies, while Brinc is hardware focused.

It doesn’t take much to discover what incubators do and don’t like. Many of these programs have FAQ sections that detail what they’re looking for:

Additionally, take a look at the startups they’ve previously funded to get a detailed overview of what they tend to gravitate towards.

You should also consider what kind of help you need most. If your crowdfunding campaign requires the need of a specialist, applying to University-based incubators is probably a better bet. Most of these schools have a strong knowledge base, and access to resources and grants in your field.

Some incubators, like HAX and Brinc, have ties with fulfillment companies that specialize in delivering crowdfunding rewards. This takes away a large amount of guesswork, especially when it comes to the two important Ps of fulfillment: packaging and posting. Additionally, you’ll have to determine customs and VAT rates, which change from time to time, and import taxes may apply. Catering to these logistics can be extremely time-consuming and without proper know-how, you can easily lose hundreds, or even thousands, on fulfillment. These third-party companies focus solely on keeping your delivery in tact and on time, allowing you to focus on communicating with your backers and building your brand.

Incubators can directly help their startups achieve phenomenal results with their crowdfunding campaigns. Here are a few successful startups who launched campaigns during their time at an incubator:

Kello
Kello participated in Brinc’s program and raised $322,747 of its $50,000 goal on Kickstarter. The Kello alarm clock is a revolutionary product that trains you for better sleep. The advanced sleep trainer helps you fall asleep quicker, snooze less, tune your body clock, and more. It’s been featured in The Verge and several others.

“We have a software background and knew we needed to find the right partner with experience in making connected products and navigating China,” said Antoine Markarian, CEO and co-founder of Kello. “Brinc gives us access to on-site experts, factories, contract manufacturers, vendors, and distributors. We have everything we need to prototype fast and go to market with the perfect product for our customers.”

TouchPond
TouchPond participated in the six-month HaxAsia incubator program and raised over $950,000 of its $50,000 goal. The incubator, which has locations in Singapore, San Francisco, and Beijing, specializes in working with hardware startups that intend to launch crowdfunding campaigns on Indiegogo.

Prynt
Prynt was a part of HAX’s 2014 class of startups, and was highly successful with its Kickstarter campaign. The device is the first instant camera case for iPhone and Android. It set a goal of $50,000 and raised nearly $1,600,000. The device was featured in several media outlets like Forbes, TechCrunch, and CNN.

BrewBot
BrewBot participated in SparkLabs and raised £114,368 of its £100,000 goal. The technology allows users to brew beer with its smartphone. The device was featured on the Discovery Channel, TechCrunch, Rolling Stone, and several other media outlets. Simply put, “Science has just created a way to brew beer with an iPhone,” wrote Fast Company.