The US Removes Hong Kong’s “Special Status”: What Does This Really Mean for Business?

Revoking Hong Kong's Special Status won’t have much effect on eCommerce. Hong Kong will remain a free port, and will probably continue to be so for at least the next 27 years (which is when Hong Kong is supposed to fully revert to China). 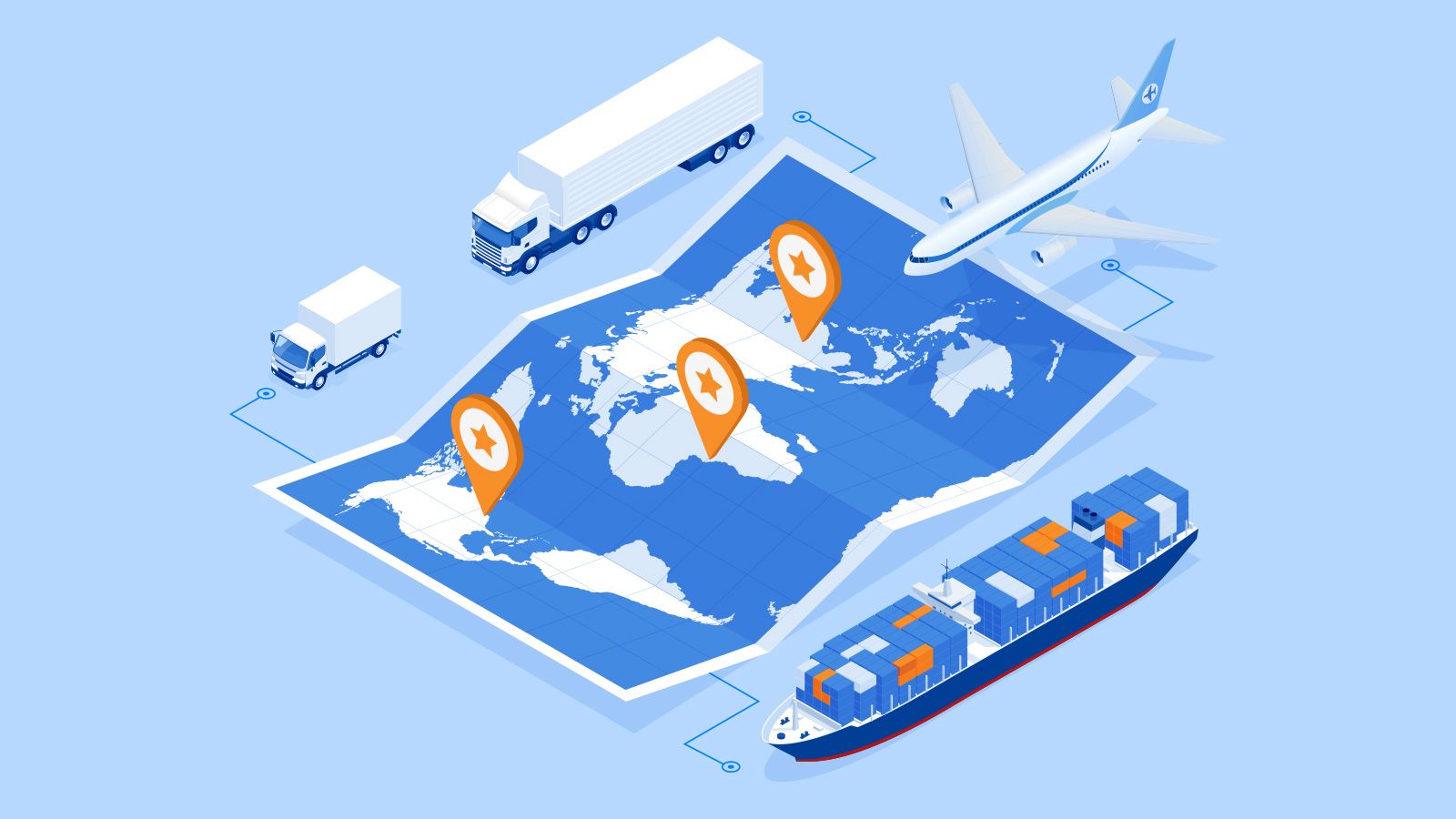 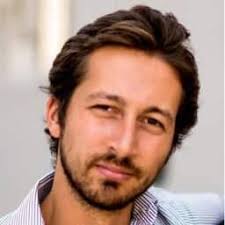 Last week, the China-Hong Kong relationship took a turn when China announced that it would seek to pass a new national security law that would give it more power in the special administrative region. In retaliation, President Donald Trump announced Hong Kong would no longer retain the “special status” which gave it preferential trading rights with the US.

Obviously, there’s a lot of history here. What’s happening now is just the latest in a long timeline of fraught Hong Kong-China relations. They also represent a threat to Hong Kong’s autonomy and an escalation in the US-China trade war. We take a closer look at what’s going on and what this all means for Hong Kong.

Hong Kong was ceded to the British as a colony in 1842, with the signing of the Treaty of Nanjing. It was one of the many, complicated ramifications of the British-Chinese Opium Wars, where the two countries fought over what was, at the time, a highly sought after drug.

Nearly 150 years later, in 1985, the Sino-British Joint Declaration was signed at the United Nations; in it, China enshrined its intention to take back sovereignty of Hong Kong on 1 July, 1997. The handover happened with the caveat that Hong Kong would operate as an autonomous special administrative region with its own government and legal system for the next 50 years.

This is known as the “one country, two systems” policy, which gives Hong Kong an independent judiciary and a loosely-regulated financial system, among other things. The idea was to preserve Hong Kong’s autonomy.

What is Hong Kong’s Special Status?

Because of the autonomy it enjoys from China, Hong Kong has enjoyed special trading relationships with other countries, separate from whatever trade agreements China has in place. This includes the US, which conferred a special status on Hong Kong, allowing it to operate as a separate customs territory. As part of this, no there are no US tariffs on Hong Kong goods.

Tensions have escalated between China and the US in recent years, thanks to the trade war and, more recently, the COVID-19 pandemic. Now, those tensions appear to be boiling over due to recent events in Hong Kong. A lot of noise is being made, but there’s very little concrete information available at this stage, so we’re hearing a lot of conditional premises. Most of it is currently revolving around whether the US will revoke Hong Kong’s special trade status.

Hong Kong has been in the grip of protests since June 2019, when a bill was proposed that would allow extradition from Hong Kong to China. There was a lull while the city dealt with the COVID-19 pandemic, but in recent weeks, the protests had resumed.

Then, on the night of May 21, China quietly announced that it would pass a new national security law that would give it the authority to quash public unrest - or specifically, subversion, secession, terrorism, and any other acts that might threaten the peace in the city.

That made the US sit up and take notice. On May 27, just days after news broke of China’s new national security legislation, Secretary of State Mike Pompeo declared in the US Congress that Hong Kong was no longer autonomous from China.

Two days later, on May 29, President Trump announced that the US would revoke Hong Kong’s special trade status. The move is expected to affect the extradition treaty and economic privileges that the US currently has in place with Hong Kong.

At this stage, it’s hard to say exactly what all of this will mean for Hong Kong. It’s still unclear what exactly the new Chinese national security law will entail; we also don’t know precisely what actions the US will take and what this will all mean for Hong Kong. No doubt there will be certain economic ramifications; it may also affect travel between the two countries.

Hong Kong is known as a free economy with a favorable tax system, both of which have helped turn the city into one of the world’s biggest financial centers. Hong Kong Finance Secretary Paul Chan Mo-po has already said publicly that the US revocation of the city’s special status would have a minimal effect because Hong Kong’s economy is largely built around the service sector.

There is some concern about Hong Kong’s currency, which has been pegged to the US dollar since 1983. But, again, there’s unlikely to be much disruption; the local government has plenty of US dollars to support the peg.

Hong Kong is a free port, which has made it a major trading hub in the region. In fact, in 2018, Hong Kong had the seventh-highest trade volume in the world, totaling almost $1.2 trillion.

The city will remain a free port, and it will retain its membership in the World Trade Organization, so the US would still have to abide by the organization’s most-favored-nation terms for trading with Hong Kong.

Hong Kong largely operates as an entrepot for mainland China; serving as a major hub for eCommerce. Technically, shipping from Hong Kong to the US can often be cheaper than domestic shipments due to VAT relief, as well as, zero import duties.

Travel between the US and Hong Kong may also be affected by the revocation of Hong Kong’s special status. President Trump has already declared that Hong Kong will now be treated as part of China for customs and travel purposes. This means that the US will update its travel advisory for Hong Kong to reflect China’s growing influence in the city, presumably advising American citizens to be more cautious about visiting the city.

But, that’s probably not really going to change the actual process of traveling. Right now, Hongkongers already have to apply for a tourist or business visa to visit the US; Americans can enter Hong Kong visa-free for up to 90 days.

What are the Implications for eCommerce?

Here’s the good news - this dogfight probably won’t have much effect on eCommerce. Hong Kong will remain a free port, and will probably continue to be so for at least the next 27 years (which is when Hong Kong is supposed to fully revert to China). No matter what, trade will still happen, and goods will continue to be sent from Hong Kong to the rest of the world - including the US.

We’ve already mentioned that Hong Kong is largely an entrepot, or a central port, for goods leaving Mainland China, so there’s even more good news. Because Hong Kong functions, essentially, as a transport hub, discussions of duties are essentially irrelevant.

Because these are calculated and applied based on the country of origin (in this case, China), the implementation of tariffs in Hong Kong will be irrelevant for Chinese-manufactured products. They’ll simply have whatever tariffs apply to Chinese imports applied according to current rates. This applies to any eCommerce products going from China to the US via Hong Kong.

Of course, if the eCommerce products are produced in Hong Kong itself, that’s a slightly different issue. In this case, these goods may be subject to new tariffs, meaning that American consumers may end up paying more for Hong Kong-produced goods. But remember, these will be far and few between.

Between the Hong Kong protests and the US-China trade war, there’s a lot of political economic upheaval happening, and President Donald Trump’s latest Hong Kong edict will form another part of the puzzle. However, it appears that in this instance, at least, Hong Kong won’t be too greatly affected, since the trade implications are minuscule.

eCommerce merchants shipping out of Hong Kong will be able to continue doing so. For the most part, their goods will be coming from Mainland China, so they will only continue to pay the tariffs imposed on Chinese-manufactured goods that were the result of the US-China trade war.