Shipping and selling from South Africa is easy with our guide. Find reliable & cheap ways to ship through USPS, FedEx and more! 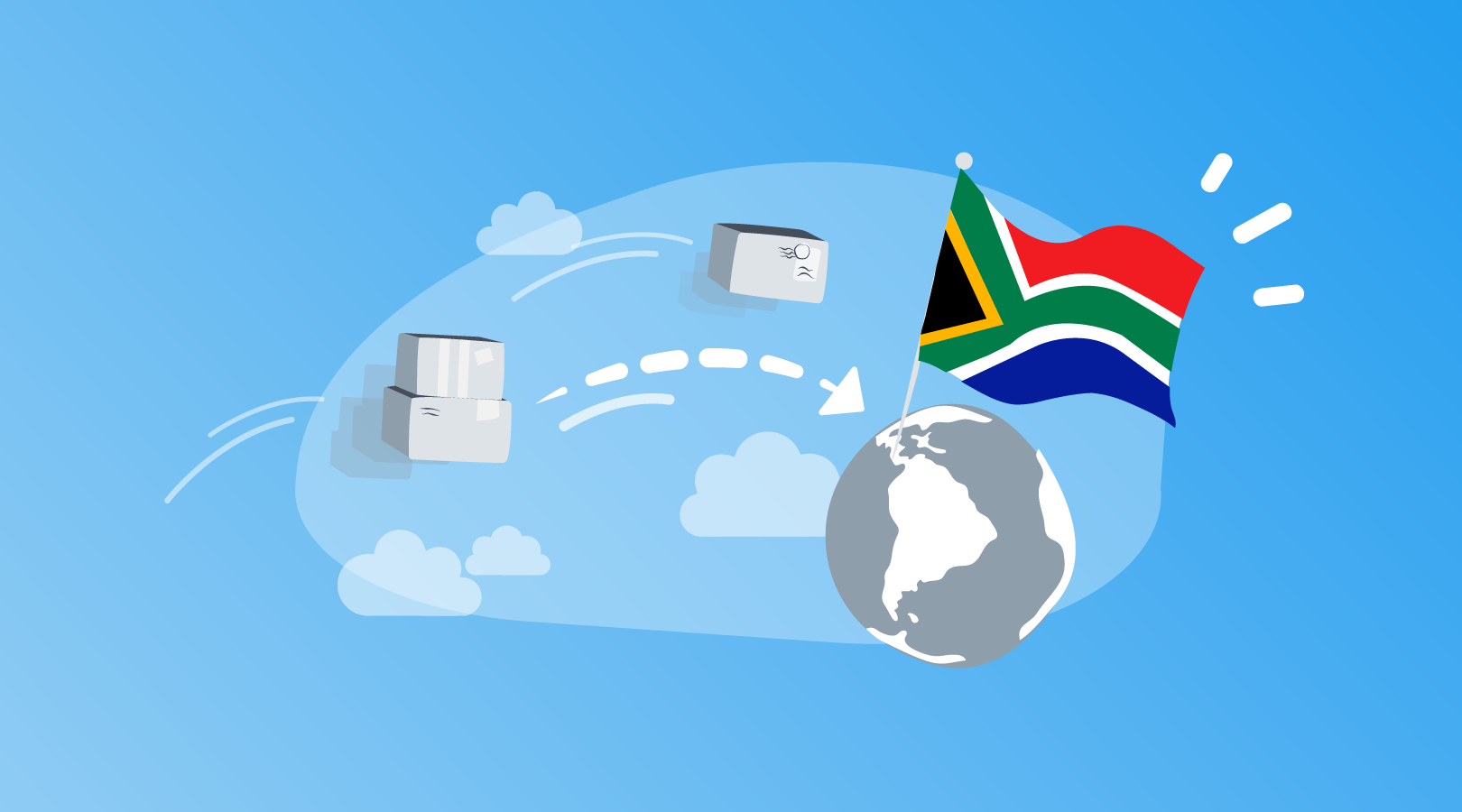 Before you start selling to South Africa, it’s important to know more about the country’s eCommerce market if you want to find success. To that end, here’s a closer look at some market insights, top marketplaces to consider selling on, import restrictions and prohibitions and more!

South Africa, located in southern tip of Africa, boasts a growing population and economy. The country has a population of approximately 56 million and a total GDP of about $295 billion, making it an emerging player in the global economy. eCommerce has been actively promoted by the South Africa government, helping to boost its growth in recent years.

Per Statista, eCommerce growth in South Africa has been very promising, with an estimated annual revenue growth rate of about 9.9 percent.

All in all, these factors make shipping to South Africa a great decision for online merchants looking to expand cross-border to a market with a large population and robust eCommerce revenue growth.

Many countries, including South Africa, have their own eCommerce marketplaces that are trusted by the sellers and buyers alike. A few to consider selling on in the country include:

All of these platforms have their own advantages in terms of ease of use and traffic volume. Be sure to choose the right one based on factors such as your target market, type of items you want to sell, payment methods available, demographics and the like.

Electronics and media items are among the most popular in the country, followed by furniture and appliances. The other popular categories include fashion and toys, hobbies and DIY items.

Cash on Delivery as the Top Payment Method

South Africans, unlike many eCommerce buyers worldwide, prefer cash on delivery payments as a top payment method. Credit and debit cards are also commonly used, as is PayPal.

Black Friday is a widely popular time to both buy and sell goods in South Africa. Winter sales in July and August are common, as are summer sales from December until February.

Christmas and Boxing Day are among the most popular holidays in South Africa for buying and selling as well.

Before you start shipping to South Africa from the U.S. and elsewhere in the world, it’s important to understand the country’s import regulations, customs duties and available couriers. Here’s a quick look at just that!

In addition, South Africa also imposes a VAT of 15 percent and a tax and duty threshold of 500 ZAR.

Import duties are all variable based on product category, with many products, such as mobile devices, tablets, computers, watches, jewelry, books and games facing no import duties. Some categories, however, face very steep duties, such as fashion items, all of which face 45 percent import duties, and luggage, which also faces a hefty 30 percent import duty.

Be sure to check out the Easyship tax and duty calculator for full transparency when shipping to South Africa. Don’t get caught by surprise when shipping cross-border!

Many Couriers Available for Shipping to South Africa

In addition, some of the popular local courier services to consider include:

Always check out the Easyship shipping rates calculator to find the cheapest shipping to South Africa as well as the options that offer the fastest and best value solutions!

South Africa offers a fast-growing eCommerce market and robust, Internet-savvy population, making it an ideal opportunity for growing your business cross-border in a thriving market.

Sign up for Easyship for free today to start shipping to South Africa and growing your business globally!

Top 4 Bikini Brands Powered by Easyship to Check Out

How International Shipping Zones Will Help you Ship Better