The Trump administration had the shipping industry buzzing in recent months by threatening that the US will leave the Universal Postal Union (UPU), an organization that connects postal services worldwide. In the administration’s view, foreign postal services, specifically China, are taking advantage of lower shipping rates into the US. This is due to an agreement from 1969 where industrialized countries will charge developing countries lower rates to deliver mail and parcels under 2 kg (4.4 lbs 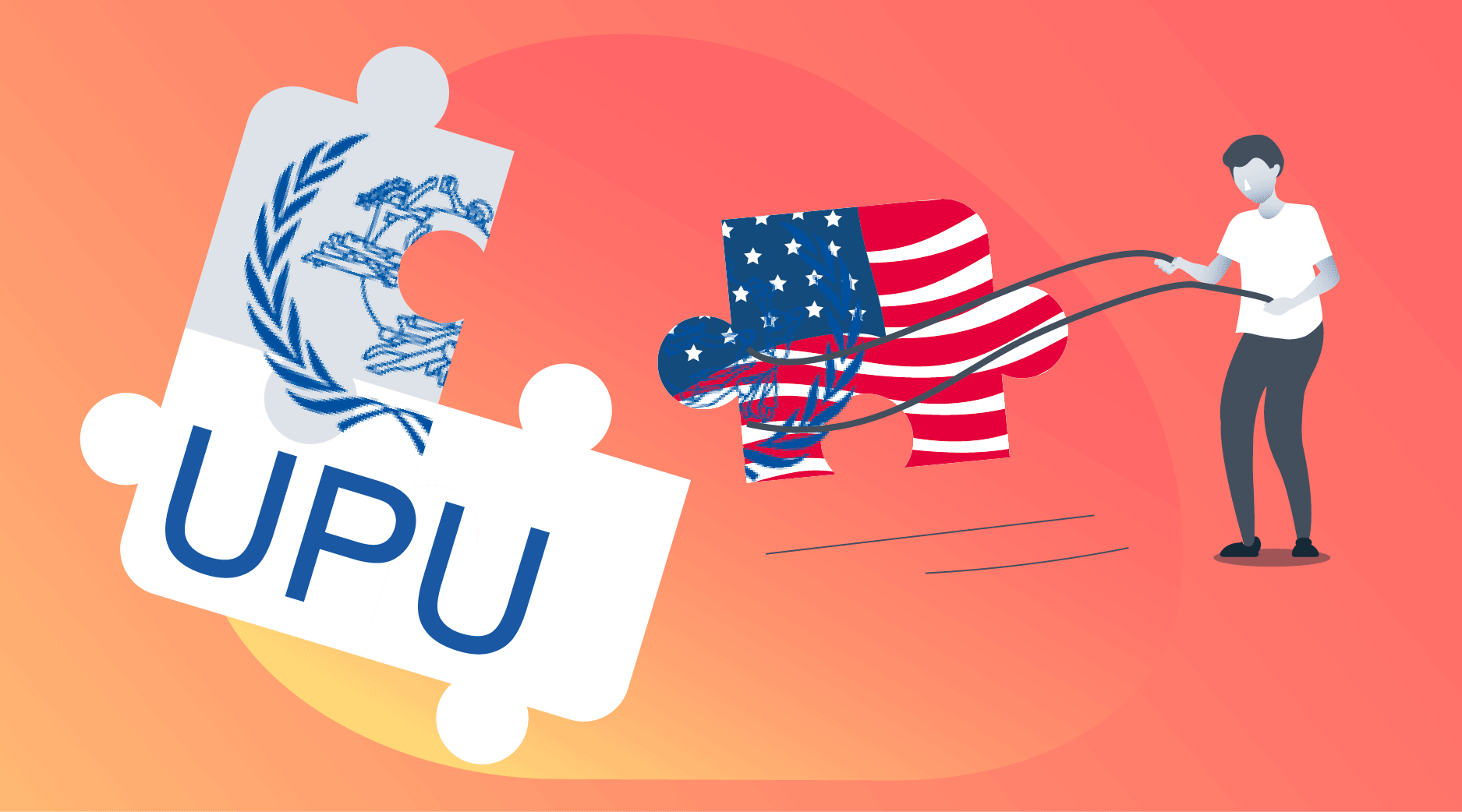 The Trump administration had the shipping industry buzzing in recent months by threatening that the US will leave the Universal Postal Union (UPU), an organization that connects postal services worldwide.

In the administration’s view, foreign postal services, specifically China, are taking advantage of lower shipping rates into the US. This is due to an agreement from 1969 where industrialized countries will charge developing countries lower rates to deliver mail and parcels under 2 kg (4.4 lbs) in order to promote economic growth in those emerging markets.

Ultimately, the UPU and Trump Administration reached a deal in September 2019 to remain in the organization, though several changes have been announced. Here's a closer look at what the UPU is, the Trump Administration's argument and what impact the reformed UPU will have on eCommerce.

The UPU and terminal dues

The Universal Postal Union is made up of postal representatives from 192 countries. Every 4 years, they set “terminal dues”, which are the fees that countries pay each other for the international delivery of letters and small packages.

According to this report by the USPS Office of Inspector General, “The terminal dues system’s goals were to provide posts with some compensation for their delivery of inbound international mail and to support a single worldwide postal network. As a result, it funded improvements to the postal infrastructure in developing countries.”

For example, let’s say you mail something from Switzerland to the US through the postal system. You drop off the package at the post office and pay postage to Swiss Post. They get it on the plane to the US, and once the package arrives in the US, USPS is responsible for delivering your package.

However, USPS doesn’t get any of the postage that you paid to Swiss Post. This is where the terminal dues come in – Switzerland will pay these dues to the US to help pay for the cost of the final mile delivery.

The argument for being outdated

As recently as the end of 2015, developed countries such as China and Brazil were still considered “transition” countries by the UPU, which means USPS was still subsidizing these postal services that may not really have needed it anymore.

Additionally, the terminal dues currently paid to USPS is not enough to cover the true economic cost of the final mile delivery. What further frustrates the administration, in addition to small business owners and those manufacturing in the US, is that 60% of these light-weight parcels are filled with low-cost items from Chinese companies.

This makes it harder for small businesses in the US to compete with Chinese companies who are taking advantage of cheap shipping to the US.

According to the New York Times, “The price of shipping a 4.4 pound package... from China to the United States is about $5, according to United States estimates. American companies can pay two to four times that amount to ship a similar package from Los Angeles to New York, and much more for packages sent to China.”

How this will affect eCommerce

In the near future, postal pricing will remain the same. Based on the rules of the UPU, the US has one year to renegotiate terms before the withdrawal is permanent, with a senior administration official saying that the US would prefer to stay.

However, if your business is both manufacturing and fulfilling from China, you may (rightfully) be concerned about how potential tariffs and higher postal shipping costs will affect your bottom line.

If that's the case, now may be a good time to re-think your supply chain. In our view, we believe that manufacturing in China is still viable; it’s where you fulfill from that can make a difference.

One way to avoid import tariffs on Chinese manufactured goods is to consider doing your fulfillment from Hong Kong.

Hong Kong is well-positioned for fulfillment for the following reasons:

It’s also worth noting that Hong Kong is listed as a “target” (industrialized) country in the UPU classification system, which means that their postal system is not being subsidized by USPS.

On September 25, 2019, UPU and Trump Administration officials announced a new deal for the U.S. to remain in the international organisation.

Under the compromise, the Universal Postal Union has agreed to let the U.S. set its own inbound postage rates. Specifically, the deal allows the United States to raise prices for packages arriving from abroad that weigh under 4.4 lbs. in exchange for contributions to the UPU's pensions and security fund. Starting in July 2020, other countries will be able to adjust prices on inbound parcels from the U.S. and elsewhere by set amounts annually.

For eCommerce businesses, this likely means higher prices for United States importers as well as domestic companies reaching customers outside the U.S. Private couriers such as UPS, FedEx and DHL may also benefit from these increased prices.

Although a U.S. withdrawal from the UPU has been averted, the changes will undoubtedly impact global eCommerce when fully implemented.

In the meantime, if you’re feeling anxious about how the trade war will affect your business, it may be a good time to begin researching other countries outside mainland China and the US to fulfill from, in order to avoid additional tariffs and higher postal charges.

Are you a journalist looking for more insights on this topic for a story you're working on? Contact us at [email protected] and we would be happy to help out!