BDBW blades and axes were a breakout crowdfunding success...but could they traverse the eCommerce wilderness to find success? Read below to find out. 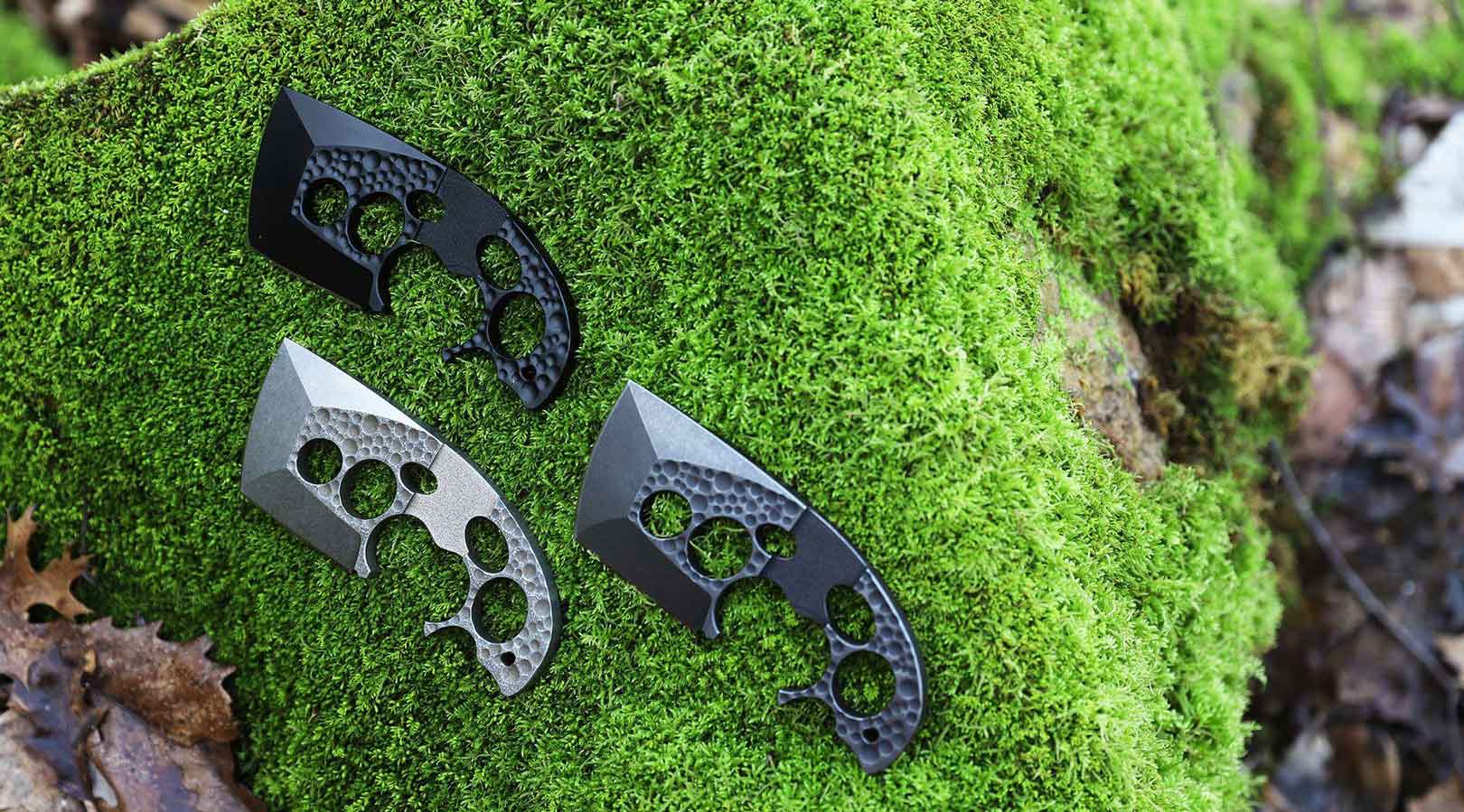 The story of Bone Daddy Blade Werx (BDBW) is a love story in two parts. Part one begins with Sean Heumann, a devout outdoorsman with a love for top-notch survival gear. Having spent years in the US hinterlands, Sean took his trusty camp ax and bush knife with him everywhere – wishing all the while they didn’t weigh so damn much.

On a daily walkabout, Sean realized there’d been no innovation in handheld tools since the Stone Age. The modern knife and ax were, materials aside, more or less the same as those used by his Neanderthal ancestors 10,000 years ago. Moreover, they’d both diverged from a common ancestor: the Stone Age hand ax.

Sean wondered: what if you crossed a camp ax with a bush knife? Thus began the concept for the first "skeletonized" ax: a lightweight, hyper-functional cutting tool reimagined for the modern era. In love with the idea, Sean set out to make it real.

The second love of Sean’s life would appear in Texas. When Sean met Jacqueline in Austin – who says OKCupid is worthless? – he recognized in her a kindred spirit who shared his penchant for the outdoors. Nine months later, Sean and Jacqueline tied the knot.

Once Sean imparted his vision to Jacqueline, the two quit their careers and eloped to the mountains of Colorado. Jaqueline, with her marketing background and savvy for online retail, and Sean with his technical know-how, grabbed their mutual dream for BDBW with a firm two-handed grip.

In February 2020, the two launched their Kickstarter campaign featuring the Axxis: the world’s first skeletonized blade.

Every outdoorsman or woman knows it’s important to do more with less in the outdoors. BDBW brings this truism to life with its innovative skeletonized blades and axes.

When you’re far out in the woods, you need a set of sturdy, sharp tools – to chop wood for a fire, clear a path, and whatever else may come. But if you’ve ever lugged a camp ax up a mountainside, you've wished for a lightweight alternative.

BDBW’s flagship design, the Axxis, overshot its $100,000 Kickstart goal in short order. The market for aesthetically aggressive yet functional super-blades is apparently robust. Since its launch, the company has garnered a raft of enthusiastic orders, as well as praise from blade aficionados, backpackers, and industry publications like Mens Gear and Gear Junkie.

From day one, Jacqueline knew that one of the pitfalls of any crowdfunding campaign was shipping and fulfillment. “We wanted to be prepared,” said Heumann. “We didn’t want to limit our campaign to the US and needed a platform that could help us compare courier rates for our international orders. Additionally, we were hoping to find a solution we could grow with when we opened our eCommerce website and began taking sales there,” she said.

The right choice of shipping software proved to be a real asset, namely in helping the company maneuver around Covid-era obstacles. Despite the pandemic, the company rocked its Kickstarter, then placed a 1,000-count order for the Axxis with the manufacturer.

But when the manufacturer shut down due to restrictions, inventory was delayed. Small batches of product leaked out, but not enough to satisfy most orders – or even to send multiples to those who’d ordered two or more Axxis blades. For just people, the task of fulfilling hundreds of orders is a daunting, time-sucking task. Jacqueline turned to Easyship support to help her make things go right.

“Our account manager was amazing throughout the entire process. She walked me through the dashboard as many times as I needed, made herself available to answer my questions, and regularly checks in on how we’re doing,” said Heumann. Jacqueline and Sean made the choice to split larger orders into smaller orders, and fulfill orders as inventory trickled in. “We began shipping without a single hiccup (and only a few butterflies), anxiously waiting for our first parcels to arrive at their destinations. I have never loved a service so much!”

The staggered approach to fulfillment proved successful. But the orders kept pouring in. Looking ahead to full-time eCommerce, Jacqueline knew BDBW needed a way to cut shipping costs so it could actually make money.

“The cheaper rates offered by Easyship and the ability to compare couriers allowed us to fulfill orders without us needing to ask for additional shipping funds from most backers,” said Heumann. With backers dispersed across the globe, calculating rates plus duty and taxes was also consuming way too much time. Again, Easyship helped. “We were able to transparently communicate the expected shipping cost and customs taxes,” said Heumann. With visibility of the cheapest rates inside their shipment platform, Sean and Jacqueline were able to fulfill their Kickstarter orders and segue into full-time eCommerce without a hitch.

“Easyship saved us money while helping us to keep our backers happy as we continue to tackle the challenges presented to us during these unique times,” said Heumann. “I’m not sure we’ll see much revenue this year – but I imagine our shipping expenses would’ve been off the wall had it not been for Easyship!