To help put into perspective what you can achieve with a Kickstarter campaign, we have found the top Kickstarter projects of all time. Check them out now! 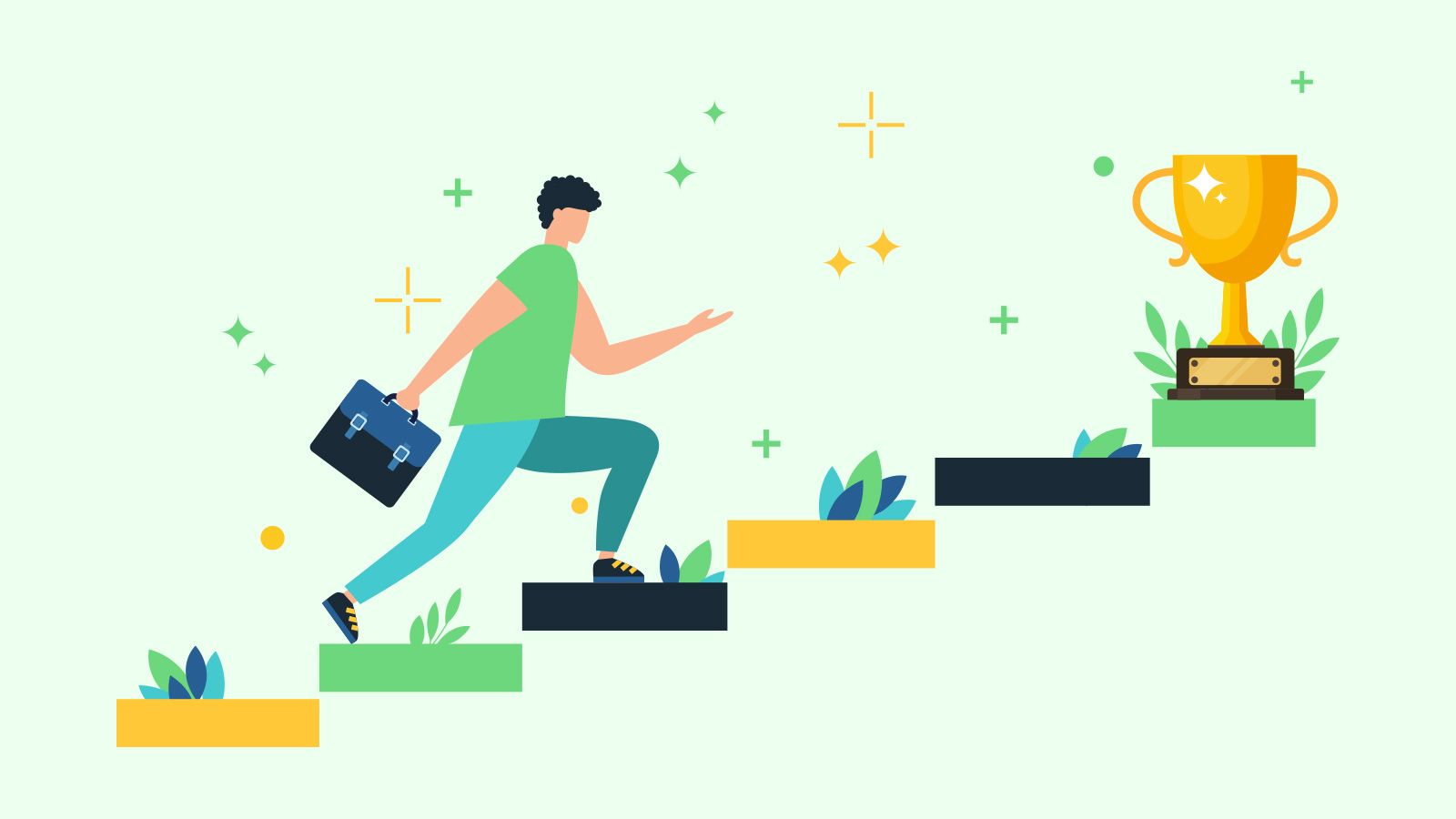 Launched in 2009, Kickstarter is the largest crowdfunding platform in the world for funding creative projects. Without it, some of the top Kickstarter projects that have revolutionized the world would have remained a pipe dream.

Before crowdfunding, it was extremely difficult for young entrepreneurs to launch their ideas due to the serious dough required to make their dreams come true (and their inability to get said dough). The advent of Kickstarter, though, leveled the playing field and made it possible for brilliant creative projects to find the cash they need to get off the ground.

Today, Kickstarter has funded more than 122, 878 projects, which have attracted more than 12.7 million backers and raised over $3 billion. Anyone with a good idea can pitch it to the world and if people think it’s a compelling story, they will throw their weight behind it.

Factors such as having creative and exciting products, realistic goals, strategic use of visual storytelling, and enticing rewards are by far the most important tools you need to succeed on the platform and take your place as one of the top Kickstarter projects of all time.

Inevitably, your crowdfunding campaign will require fulfillment at some point, and that’s where Easyship can help.  Easyship is an expert in fulfilling crowdfunding campaigns and integrates directly with Kickstarter. We can help you estimate shipping costs for your campaign with our calculator so that you can create a solid fulfillment budget for your campaign and set realistic fundraising goals.

In this article we are going to zero in on the most successful Kickstarter campaigns, and how you can become a Kickstarter success story.

20 of the Most Successful Kickstarter Projects of All Time

The Pebble Time campaign was launched in February 2015 and has since gone down as the top Kickstarter project of all time. Providing a solid, well-reviewed alternative to the Apple Watch, it was truly cutting-edge back then and went down in history as the highest-funded Kickstarter campaign of all time, hitting a record high $20 million in funds from 78,471 backers! They did this with exciting product descriptions and strategic use of visual storytelling.

The Coolest Cooler campaign was launched in July 2017. This innovative icebox for the 21st century has an optional built-in blender add-on, built-in Bluetooth speaker, and space to tuck away plates and picnic goodies.

The Coolest Cooler goes down as the second most funded Kickstarter campaign of all time at $13.3 million from 62,642 backers! They used good videography, clear images, creative product descriptions, and exciting backer rewards.

Launched in November 2016, this dark board game campaign raised $12.4 million from 19,264 backers. After going live on Kickstarter, Kingdom Death Monster raised $1 million in the first 19 minutes!

The fact that the company is alive and well and selling newer versions of the game on their website tells you that this is one of the successful Kickstarter products. They used great visual storytelling and tiered backer rewards based on pledged amounts to become a top Kickstarter project.

Another top Kickstarter project, the Travel Tripod campaign was launched in July 2019 and raised $12.1 million from 27,168 backers. This portable full-featured tripod can be carried anywhere because, unlike most bulky tripods, the Travel Tripod features a sleek design made of lightweight carbon fiber and is half the size of other tripods.

This campaign killed it with creative and exciting product descriptions, visual storytelling with videos and images, and a promise to their backers to offer a discounted price.

The Legend of Vox Machina Animated Special by Critical Role was launched in April 2019, raising a total of $11.4 million from 88,887 backers. After going live on Kickstarter, Critical Role raised $4.7 million in 24 hours, making it the fastest funded Kickstarter project! Great visuals, exciting product descriptions, and good backer rewards were critical to the success of this campaign.

Launched in July 2015, the Baubax Jacket campaign finished with $9.2 million; this stylish travel jacket attracted almost 45,000 backers. The success of this travel jacket campaign was assured with a solid social media strategy, good videos and images, and enticing discounts.

When Kickstarter success stories are told, Exploding Kittens consistently stands out as one of the most successful Kickstarter products to have ever hit the platform. This insanely fun game didn't just raise $8.8 million but was also delivered to its 219,382 backers on time.

Today, the creators of the game run a thriving company, making it one of the most successful Kickstarter products, as well as the fastest-funded Kickstarter project of all time. Social media, backer rewards, eye-catching images, and clear descriptions made this campaign a success.

Launched in July 2012, this Android-based video-game system campaign raised $8.6 million on Kickstarter with 63,416 backers, giving it a place on the list of top Kickstarter projects.

Kleiner Perkins gave it $15 million during an investment round, but OUYA turned out to be an investment flop and was later acquired by Razer in July 2015. This campaign achieved success with visual storytelling, rewards, and product descriptions.

This modular 3D Printer campaign was launched in June 2019 on Kickstarter and raised $7.8 million with 7,388 backers. 3D printers are known to be intricate, but the Snapmaker 2.0 made 3D printing easy. The all-metal printer is made of high-quality components to last a lifetime and has been put together with an eye-catching modern look.

With such a unique product, it’s no wonder this campaign became one of the top Kickstarter projects. The product was at the heart of the campaign, so informative product descriptions and detailed photos and videos were key to its success.

Launched in September 2017, this cooperative game of adventure, exploration, and survival took Kickstarter by storm, with 43,733 buckers pledging $7.1 million to help bring this project to life. The reasons for its success? Great backer rewards, exciting product descriptions, and strong visuals that highlighted different aspects of the game, all of which came together to create another top Kickstarter project.

This campaign was launched in July 2016 by photographers who wanted a bag that will carry all their equipment. Though the original goal was to raise $500,000, the campaign ended up attracting 26,359 buckers and finished with $6.6 million, allowing it to become another Kickstarter success story!

To do this, they leveraged attractive backer rewards, and compelling storytelling with great visuals, engaging videos, and creative product descriptions, and ended up becoming one of the top Kickstarter projects around.

Who knew a device for antsy hands would become one of the top Kickstarter projects of all time? This device was created to help fidgety folks focus. Launched in August 2016, the campaign's initial goal was to raise $15,000, but it ended up with a whopping $6.5 million from 154,926 backers!

No wonder this was one of the top Kickstarter projects of all time! Creative social media posts, videos incorporating animated GIFs and images, and great backer rewards made this campaign a success.

Games are often among the top Kickstarter projects, and this one is no different. Launched in June 2015, this long-awaited game raised $6.3 million on Kickstarter from 69,320 backers. This was done with all the elements of a successful campaign - compelling videos and images and exciting backer rewards.

The game was expected to be released for the Playstation 4 in later 2017, but it looks like that didn't happen. This doesn’t stop Sheume III from claiming a place on the list of Kickstarter success stories!

14. Tainted Grail: The Fall of Avalon

Awaken Realms, who have launched nine successful games on Kickstarter, launched the Tainted Grail campaign in December 2018 and finished with $6.2 million. In late summer 2019, they launched Etherfields, and managed a whopping $4.8 million, creating a total of over $11 million from just two projects!

Talk about some of the best Kickstarter products and Awaken Realms will always find a way into the conversation. The success of their campaigns has hinged on engaging visual stories, exciting product descriptions, and good rewards. They seem to have figured out the recipe for success for top Kickstarter projects.

Launched in March 2014, the Pono Music Player attracted 18,220 backers, who pledged a total of $6.2 million to help bring the project to life. Their mission was to provide the best possible digital music listening experience.

To generate buzz for their campaign, they created a unique campaign video that leveraged well-known celebrities like Norah Jones and offered different rewards for backers to become a top Kickstarter project.

Mystery Science Theater 3000 started in the late 80s as a local public television show in Minnesota; it was canceled in 1999. In November 2015, the show's original creators launched a Kickstarter campaign to bring it back.

They pulled it off with 48,270 backers pledging $5.8 million to bring it to life. This Kickstarter success story saw the show return in 2017 with a new 14-episode season on Netflix. Of course, nostalgia was a big part of their success, but they also used engaging textual and visual content.

The Veronica Mars Movie Project debuted on Kickstarter in March 2013, attracting 91,585 backers who pledged a total of $5.7 million. It goes down as the highest-funded Kickstarter project in the film category, and the top Kickstarter project with the most project backers in that category.

Having a cult following helped, but the campaign also found success with great videos and images that appealed to long-time fans of the original Veronica Mars show.

18. Bloodstained: Ritual of The Night

Launched in May 2015, Bloodstained aimed to raise $5000, 000 and ended up attracting a whopping 64,867 backers who pledged a total of $5.5 million. Exciting rewards, and visual storytelling through video and catchy images made this campaign successful.

Launched in May 2014, this beloved kids’ TV show attracted 105,857 backers who pledged a whopping $5.4 million to help the host, LeVar Burton, make a virtual field trip app for smartphones and tablets. This campaign relied on different thank you packages for its backers, visual storytelling through videos and images, and reward add-ons to become a Kickstarter success story.

20. Faces of Courage: Intimate Portraits of Women on the Edge

Mark Tuschman, a 35-year old photographer, launched this campaign to publish “Faces of Courage,” a book that highlights the predicaments of women in developing countries, and the little say they have over their lives and bodies.

The initial goal was to raise $50,000, but the campaign ended up attracting a total of $60,316! It stands out as a great example of visual storytelling through vivid, and emotional images. The poignant imagery and compelling campaign story helped this become one of the top Kickstarter projects of all time.

With such great Kickstarter success stories, it is clear that the platform has evened the playing field for entrepreneurs from all walks of life. Fulfillment is a key part of crowdfunding success, and Easyship can help you become one of the top Kickstarter projects of all time with a good fulfillment game plan.

We have helped some of the most successful Kickstarter campaigns for our clients like the Ostrich Pillow, Airinum, and Modest Mark. Most recently, we’ve helped Keyboardio reach its campaign goal in just 15 minutes! Sign up for a free account now and see how we can help you join the list of the best Kickstarter projects of all time!